Ascendance of a Bookworm Wiki
Register
Don't have an account?
Sign In
Advertisement
in: Lore, Light Novel 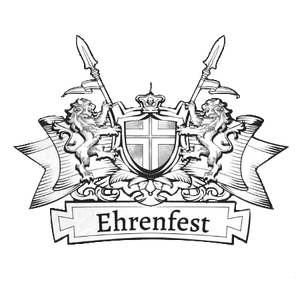 Aub Ehrenfest, is the reigning archduke or archduchess of who governs the duchy of Ehrenfest. The current Aub Ehrenfest is Sylvester. The archduke and his family reside in a castle in a separated part of the noble's quarter of the duchy's capital, the city of Ehrenfest.

Roughly twohundred years ago the duchy of Eisenreich committed treason against the king. After their defeat the borders of the duchy were changed with significant territories being given to neighboring duchies like Klassenberg. What remained was put under the control to a noble loyal to the king[1]. Among the commoners who were never informed about the true circumstances, it is believed that a foreign noble invaded and took over[2].
The noble with the most mana was chosen as the new archduke and named the territory Ehrenfest and became the first Aub Ehrenfest.

From there on, the archduke and his first wife choose the successor from among all the Archduke's children, including those of second and third wives and even adopted children. The main deciding factor for which of the children is chosen as successor is their mana capacity, though skills and gender are also taken into account. Males are generally prefered over females due to the negative effects that large usage of mana during pregnancy can have on unborn children.

The Aub must use their mana to keep the protective barriers of the duchy active every few days, so a duchy will have a hard time compensating for an Archduchess not being able to do so for the full the length of her pregnancy, hence the preference of male archduke candidates as successors.

During her time at the Royal Academy, Lady Gabriele of Ahrensbach fell deeply in love with a son of the Fourth Aub Ehrenfest. Due to her having a rather small mana capacity for an archduke candidate of a greater duchy her prospects of marrying into an archducal family were low. However, because Ehrenfest was a minor duchy with a much lower average mana capacity, they could not argue against the marriage.

Gabriele used her position to force the marriage. She became the first wife of the Aub's son, forcing him to demote his previous wife to second wife, regardless of their wishes. Since the former first wife was a daughter of the Leisegang family - one of the most influential and wealthy families in Ehrenfest - the change caused political unrest.

In an attempt to soothe tensions, the Fourth Aub Ehrenfest granted Gabriele's husband lordship over the province of Groschel, making him the first Count Groschel. His and his family's departure from the capital to their new home left the duchy seriously lacking in mana.

Gabriele would later give birth to Veronica and Bezewanst. Their antagonistic behaviour only worsened the split between the pro-Ahrensbach nobles and those opposing them, the Leisegang faction[3].

At some point before any of his children were born, the sixth Aub Ehrenfest fell ill to the point that his life was in jeopardy. Since he had no successor yet, his brother Bonifatius was trained to take over the position and shown all the secrets that usually on the Aub himself was allowed to know. Fortunately, the archduke made a recovery and later had children.

For some time it looked like his daughter Georgine would become the archduchess. She was groomed for the position for years until her younger brother Sylvester was born. A fierce competition broke out between the siblings, and Sylvester eventually won. Georgine was soon married off to the neighboring duchy of Ahrensbach to prevent political unrest, becoming the third wife of Aub Ahrensbach.

To avoid a similar falling out from the fight for succession to happen to his own children, Sylvester made his firstborn son Wilfried the successor very early on, rather than relying on the usual competition between the archduke candidates to find the best suited among them.

When the Civil War raged in the Sovereignty, Ehrenfest remained neutral. It was largely spared from the political purge and took less damage than the duchies directly involved in the war. As a result, it was able to climbe from its former position as a lesser duchy and achieve the thirteenth rank among the remaining twenty-one duchies.

However, gaining that rank through neutrality rather than merit made the position precarious. Many expected that Ehrenfest would fall in the rankings again once the other duchies recovered from the damage of the coup.

The knowledge that he would become the archduke no matter what, combined with the coddling he got from his grandmother Veronica who leveraged her enormous political influence to wrest the boy's raising away from his mother Florencia caused Wilfried to greatly neglect his education. His retainers and teachers allowed his slacking to continue, some because they didn't see the need for strictness since he was already assured the Aub seat and some out of fear for reprisals by Veronica should they be too harsh on him. Later he was even tricked into committing a crime against the duchy by a faction of Ehrenfest nobles trying to replace Sylvester with Georgine, which nearly cost the boy his position as a noble alltogether.

While thanks to his new adopted sister Rozemyne the worst was averted and Wilfried even remained an archduke candidate, his guaranteed right of succession has since been revoked, meaning in theory any of the Archduke's children, including his adopted daughter Rozemyne, might become the next Aub Ehrenfest, though Rozemyne has vehemently opposed the very idea of becoming archduchess on multiple occasions.

In no small parts due to being completely free of Ahrensbach blood along with all her other merits, the Leisegang faction spearheaded by the Previous Count Leisegang worked hard to lay the groundwork to have Rozemyne become the next Aub, regardless of her own wishes.

After Wilfried and Rozemyne finished their first term at the Royal Academy, Aub Ehrenfest announced the betrothal of the two. With Rozemyne's growing influence this near enough guarantees that Wilfried will become the seventh Aub Ehrenfest, if things remain as they are. This announcement caused most nobles of the budding Rozemyne faction to abondon trying to make her the archduchess, but some keep on fighting doggedly.